Congratulations to Air-Edel’s music supervisor Matt Biffa, who won ‘Best Song Written and/or Recorded for Television’ in the Guild of Music Supervisor Awards for “Fuck The Pain Away”, as heard in the Netflix series ‘Sex Education’.

Performed By: The Moordale Singers and Oli Julian

Winners of the 12th Guild of Music Supervisors Awards were announced in a virtual ceremony on the 20th March. 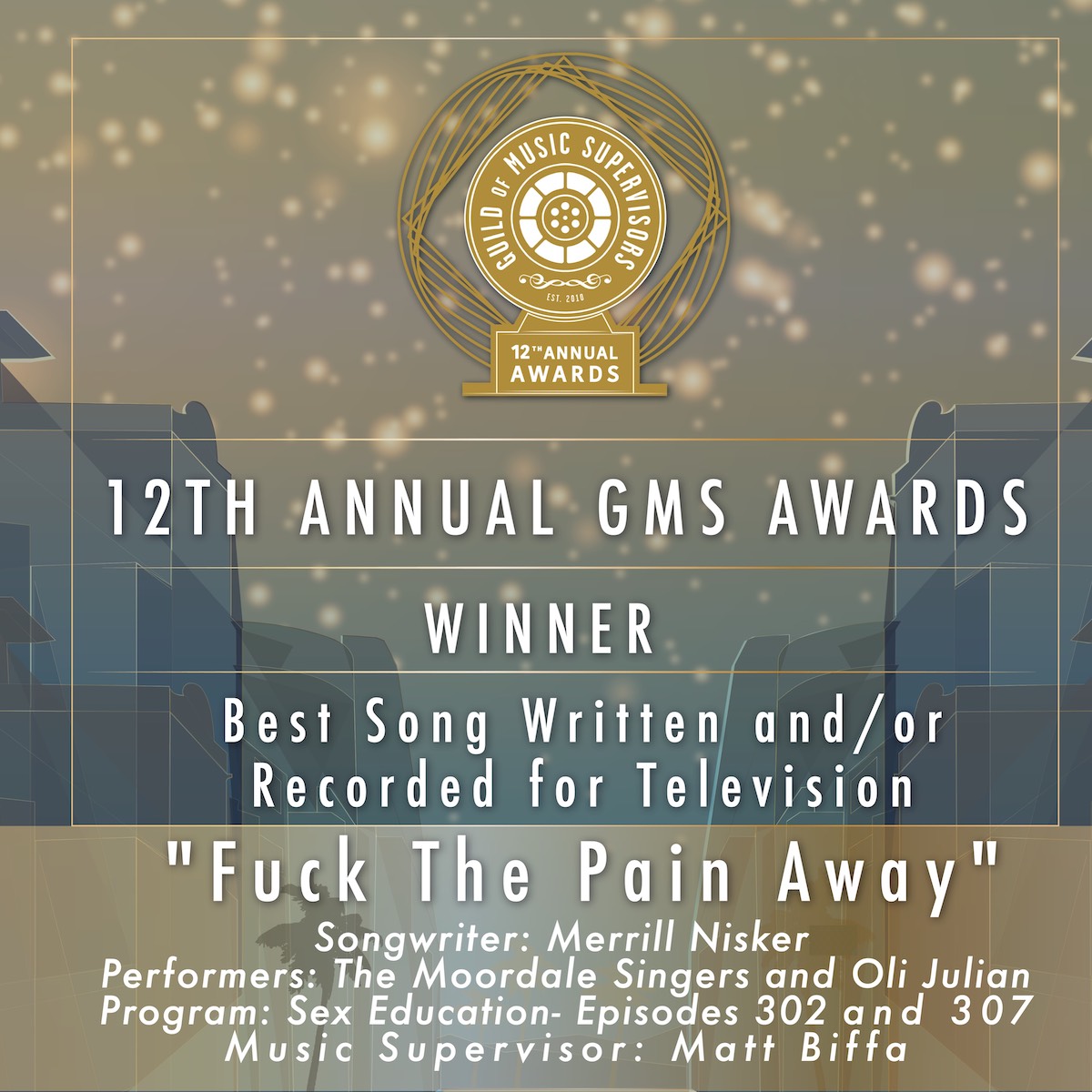