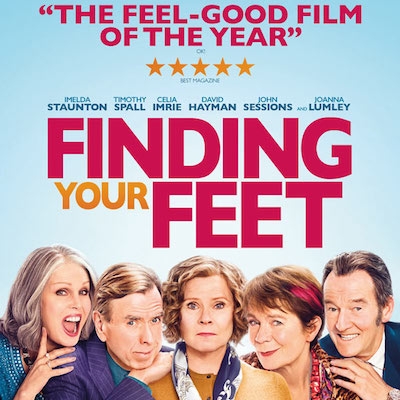 Imelda Staunton, star of new romantic comedy, ‘Finding Your Feet‘, will be on tonight’s Graham Norton Show at 10pm on BBC One.

Air-Edel’s Michael J McEvoy composed the original score for the feature which was directed by Richard Loncraine. Nick Taylor recorded the score in TOM-TOM Studios, budapest, before returning to Air-Edel Studio 1 to mix and master.

‘Finding Your Feet’ features an all-star cast including Timothy Spall, Celia Imrie and Joanna Lumley and tells the story of a middle-class snob on the eve of retirement who takes refuge with her bohemian sister after she discovers her husband is having an affair with her best friend.