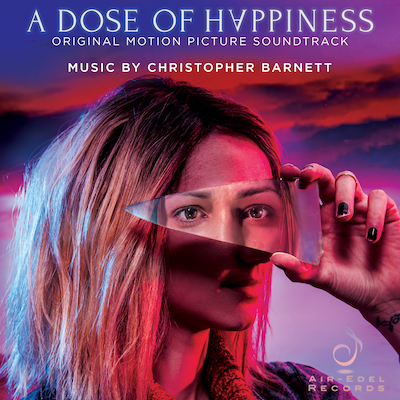 Air-Edel Records have released Christopher Barnett’s original score from the Bulgarian feature film “A Dose of Happiness”, which was recorded with the Bulgarian Symphony Orchestra, across all major digital platforms including iTunes, Amazon and Spotify.

The number one film in Bulgaria in 2019, “A Dose of Happiness” was directed by Yana Titova and is a biopic of journalist Vesela Toteva (portrayed by her daughter, Valentina Karoleva). Based on Vesela’s book, ‘Fall and Salvation: Confessions of a former heroin addict’, it is a tale of addiction, destitution, fear, and redemption, as a rebellious young woman searches for happiness during the dynamic and uncertain 1990s in Bulgaria

“Yana Titova and I have shared a close friendship for several years. She’s an exceptional filmmaker and so I felt privileged when she asked me to score her debut feature film. Over coffee and cake, Vesela personally helped me to understand her character, emotions and experiences of this time and I therefore felt a strong sense of responsibility to her and her daughter, Valentina, who portrayed her.

Yana speaks very poetically about music and wanted it to express Vesela’s inner perception, for the audience to experience what she experiences, from her euphoria, her intense feelings of happiness to her depths of misery and despair tracing the arc of this seven-year period. To achieve this, I worked with a hybrid instrumental palette – piano, orchestral strings and woodwind combined with synthesized sounds and a pulsating heartbeat, orchestrated to create a sonic emotional and psychological soundscape.

Yana and I wanted the score to also evoke Vesela’s strong will and determination to survive – the piano cues and musical suite handling the themes and motifs which depict the deep tenderness of love she feels as well as her sense of catharsis. It was a fitting honour to have had Vesela’s seal of approval before her sad and untimely death last year.”  – Christopher Barnett