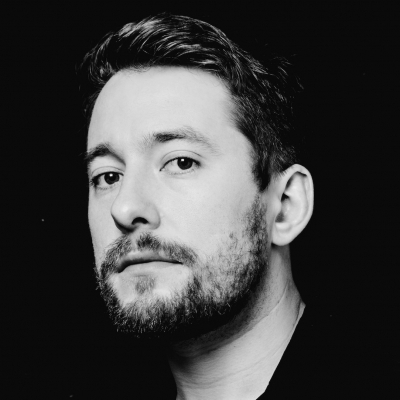 Air-Edel are delighted to welcome composer Rupert Cross to our roster.

Rupert received a scholarship from the Laurin and Arthur Glaze Trust and the AHRC for postgraduate composition study with Julian Anderson at the Guildhall School of Music and Drama where he achieved distinction. Prior to that he studied composition with Michael Finnissy at the University of Southampton. Since then he has worked extensively in music for theatre and film, as well as collaborating on albums and remixes with artists such as Tim Paris, Ivan Smagghe and Chloé Raunet (C.A.R.).

Rupert’s work was performed at the Festival Internazionale della Musica in Milan by Jarvis Cocker, Badly Drawn Boy, Marianne Faithfull and the London Sinfonietta. He orchestrated the song ‘Learn Me Right’ by Mumford & Sons for the closing credit sequence of Disney/ Pixar animation Brave. In 2015, he orchestrated the entire Kanye West album ‘808s & Heartbreak’ for full orchestra with Rosie Danvers for a concert with Kanye at the Hollywood Bowl.

Most recently, Rupert’s remix with Ivan Smagghe of ‘Manureva‘ by Alain Chamfort was used in Chanel’s Spring 2016 Haute Couture show by Karl Lagerfeld when Kendall Jenner and Gigi Hadid walked the catwalk. Rupert will shortly be composing the music for ‘Faith Healer‘ at the Donmar Warehouse, directed by Lyndsey Turner, and has an album released on the Village Green label later this year.