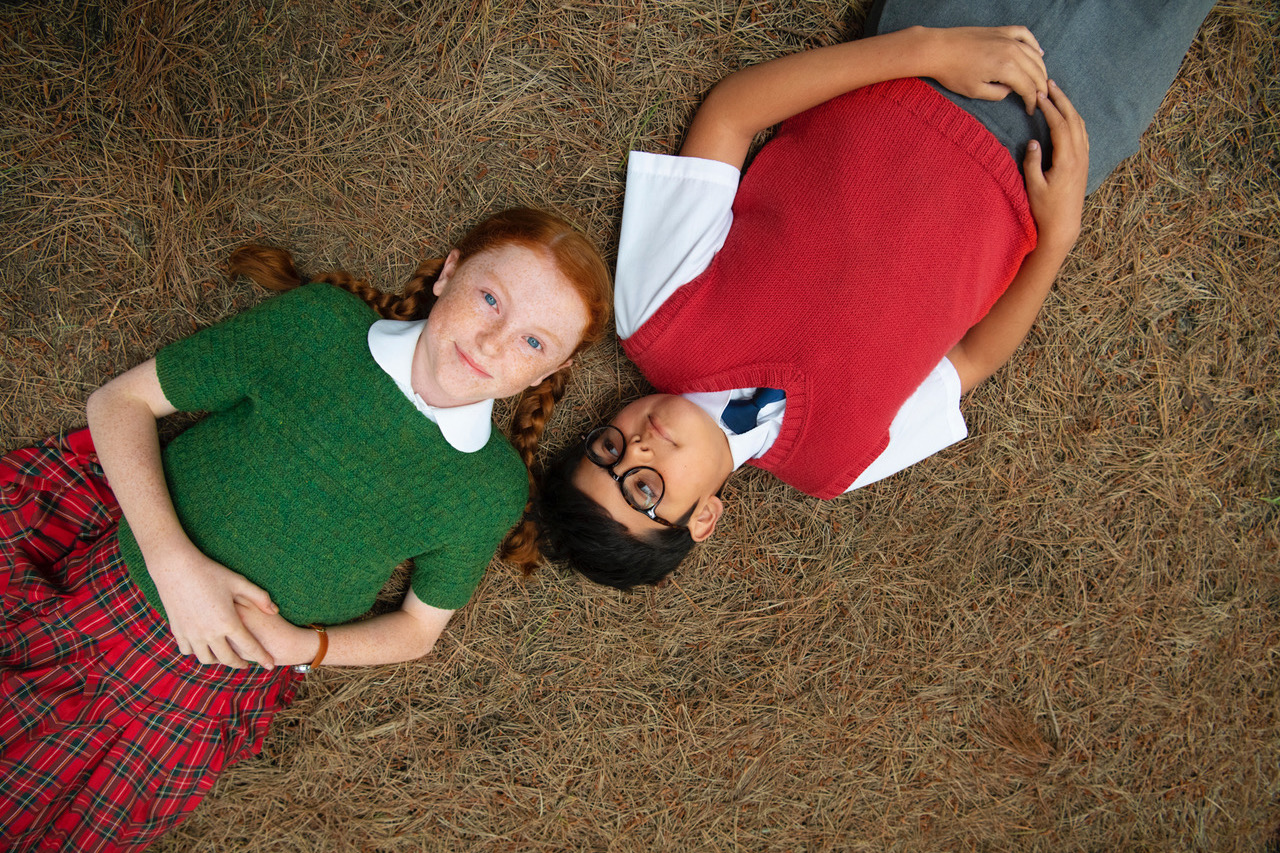 In celebration of the Australian cinema release and upcoming Berlin International Film Festival screening of John Sheedy’s feature ‘H is for Happiness’, produced by Cyan Films, we chatted with Air-Edel composer Nerida Tyson-Chew about her experience scoring the Cinefest OZ prize-winning film.

“A twelve year old girl with boundless optimism and a unique view of the world, is inspired by the strange new boy at school and sets out to mend her broken family – whatever it takes.”

Hi Nerida, it’s great to catch up after a busy few months! This was your first time collaborating with director John Sheedy – how did you find the experience?

John was a joy to work with! He is a very experienced theatre and opera director and has a fabulous ability to articulate his vision and to inspire! With an eye and ear for detail he also has a huge open heart welcoming collaboration and has a cheeky spirit for fun! Right from our first conversation, he spoke in a language of feelings and colour for his aspirations for the music score and was open to my ideas on how to express that.

What messages and emotions did you want to convey with your soundtrack to ‘H is for Happiness’?

John often spoke of creating a feeling that was ‘buoyant’ for the colourful world of Candice’s boundless enthusiasm. I wanted to convey in the music innocence, fun, an underlying feeling of optimism, and a bit of quirkiness, with some ‘bounce’. I experienced a lovely moment when we were mixing, as my engineer’s 4-year-old bounced into the studio in time with the music and then hopped in a circle followed by a pirouette – aw, sweet! The film also has a lot of heart and gravitas as it explores some heavy themes – grief, loss, family discord. I wanted the score to carry the audience with tender and vulnerable feelings for these sequences without slowing the film down or dragging it down.

Was there a certain scene or moment early in the film that sparked your ideas for the themes heard, or was the process more gradual as you wrote for the project over time?

Candice makes regular visits to Gavin in his costume shop. Gavin is a colourful character who is full of wisdom and inspires change. His shop is a place that will transform people. I wanted to reflect the colourful quirky nature of this space, where Candice is so at home and gets so inspired, where her imagination is activated. I wrote for ukeleles and light percussion – including tuned bottles – and was on the continual search to find a sound or two which subtly added a level of quirkiness, and this approach became a thread throughout the score for whenever Candice was on a mission.

There is a cheeky little thread I subtly wove throughout the score as a secret gift for John and the Producers, in acknowledgement that the film is based on Barry Jonsberg’s book “My Life As An Alphabet”. Candice Phee is a girl who lines up her coloured gel marker pens, who writes her name in different colours for each letter, and who loves to read the dictionary – her favourite book. Candice’s much-loved teacher Miss Bramson sets the class a challenge to write a story about their lives based on a letter of the alphabet. So just for fun, I wrote a theme for Candice based on the music letters in her name : C-A-(N)-D-(I)-C-E. And when there are times which are especially family-orientated I slipped in F(Ph)-E-E, and the occasional A-B-C-D-E alphabet run. Fortunately John liked the theme and I didn’t reveal it’s secret identity to him until the last day of the Film Mix. The Producers found out at the premiere! Sometimes when we don’t have much time to write it’s fun to come up with a little idea like that, and it can be woven throughout the score. It was a nerdy gesture for our nerdy character!

Could you tell us more about your set up and recording in Australia, and are there any particularly memorable moments from the sessions?

Of course, every day of recording live musicians and mixing in 5.1 is a delight!

My DAW studio is in Sydney and I am a Digital Performer devotee – my first version was 1.1! Pre-digital and last century! I recorded the live musicians at the new recording facilities of Studios 301, Sydney with Phil Hartl as my concertmaster, and with Guy Gray as my engineer. We mixed in 5.1 at Guy’s Water Tower Studio in Brisbane.

I had 4 weeks from spotting the Final Cut to delivery so each day I was multi-tasking across a lot of scenes which were in various stage of musical progress. One of my favourite days was the day I wrote the final underscore cue in Reel 5; had a recording session for ukuleles, guitars and banjo for a cue in Reel 2; reviewed the 5.1 music mix play-back for cues in Reel 4; supervised notation for some string sessions of some cues that were in Reel 3; and addressed music preview notes from John on Reel 1.

Thank you very much, Nerida – we can’t wait for the release of ‘H is for Happiness’ here in the UK.