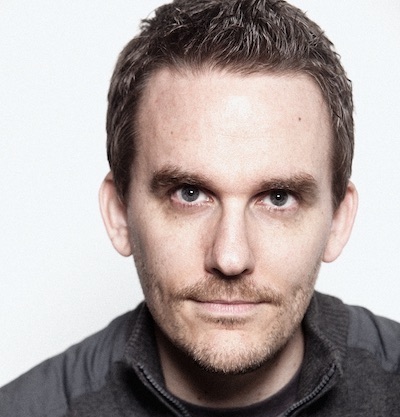 Composer and songwriter Kurt Oldman, known for his bold, innovative, commercial voice and fearless approach to film and television is now represented by Air-Edel.

Kurt was born in Switzerland in the small town of Solothurn at the foothills of the Jura mountain range. Kurt studied at the Conservatory of Music Fribourg and later attended the Lucerne School of Music, during which he earned his first composing credit on the biography drama ‘Endless Escape’.

In 1997 Kurt moved to Los Angeles to study film scoring at the University of California Los Angeles (UCLA). He also trained with Christopher Young who became a big influence on Kurt’s thriller and horror work. He went on to write the music for numerous successful horror films including ‘American Crime’, ‘Out of Mind’, the award-winning ‘Babysitter Wanted’, ‘Neighbor’ and ‘Killer Holiday’.

In 2009 Kurt collaborated with his former university classmate Dieter Hartmann, providing a wide array of music for the reality show phenomenon ‘Say Yes to the Dress’. Over the next couple of years, they continued to work on the shows ‘Black Gold’, ‘Swords’ and ‘Storage Wars’. The same year he also teamed up with director Eddie Alcazar to write the music for ‘Fortune Cookie’. They worked together again on the HBO documentary ‘Tapia’ and several high concept commercials and trailers.

In 2010, his lifelong interest in animation brought him together with ‘Robot Chicken’ animators Cameron Baity and Benny Zelkowicz to score the stop-motion show ‘Made by Molly’. Shortly thereafter he teamed up with creator Baity again on ‘Lumber & Jack’, writing an ‘orchestral country punk’ score along with high energy songs.

While recording a song for ‘Lumber & Jack’ Kurt met ‘SuperMansion’ creator Zeb Wells. After discussing their mutual passion for Silly Symphonies and Looney Tunes soundtracks, Kurt was asked to join the stop-motion show to score the remaining episodes of season one. He became the sole composer for season two and three, allowing him to put his signature action-adventure stamp on the show. He also produced over 20 songs, collaborating and recording with Brian Cranston, Keegan-Michael Key, Chris Pine, Jillian Bell, Jim Parsons, and Heidi Gardner.

In 2014 Kurt scored the thriller ‘The Mourning’, introducing him to director Nadeem Soumah. This led to their collaboration on the crime thriller ‘Six Ways to Die’ with Vivica A. Fox. Kurt continued to work with Soumah on ‘Turbulence’, ‘The Lease’, ‘Hacker’, ‘Lost and Found’ and the critically acclaimed film noir homage ‘The Duplicate’. In 2019 they joined forces on the thriller ‘Into Thin Air’ marking their ninth collaboration.

Kurt works out of his Los Angeles-based Studio and lives with his wife, award-winning novelist Sandra L. Rostirolla.