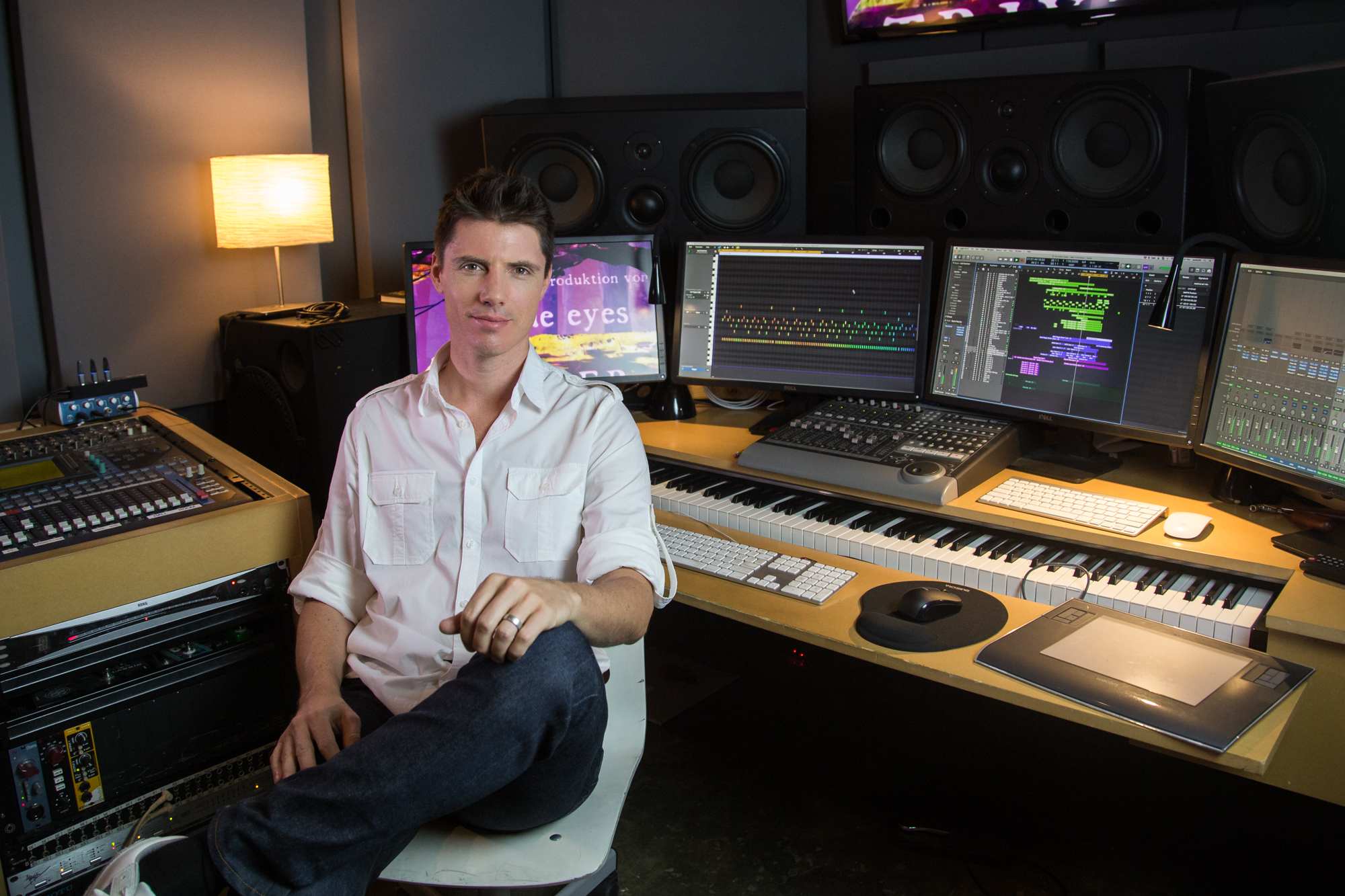 Air-Edel’s composer Ian Honeyman has had an exciting few months working on feature film ‘An Interview With God’, starring Academy Award-nominee David Strathairn. We caught up with him to learn more and chat about his next film and solo projects.

Hi Ian, you recently collaborated with director Perry Lang on feature film ‘An Interview with God’, which tells story of an up-and-coming journalist who finds his world and faith increasingly challenged when he’s granted the interview of a lifetime – with someone who claims to be God. With only 3 weeks available to score the film, could you tell us a bit more about how you approached the process?

When Perry and I started working, he asked me to make the music another character in the film. I knew he wanted a strong theme to add its own personality and another dimension to the movie, so I wrote a theme for the main character Paul Asher. Paul is going through a lot – his marriage is breaking up, he’s losing his faith, his work is suffering and he is trying desperately to stay positive and keep it together. So the theme had to represent all the turmoil that surrounds him – confusion, frustration, despair, optimism and hope, all in a few notes. Perry loved this direction, so I was able to use variations of the theme to fuel many of the actual cues. Once I got started, I sent Perry and the producers at least a cue a day, he would send back some notes and it was very clear that we saw eye to eye right away. This collaboration really helped to get the score finished on schedule.

The score has a beautiful raw, organic and intimate sound. As you mentioned, Perry Lang asked that the music become another character in the film. How did you go about creating this identity and what instrumentation and recording techniques enabled you to do this?

I decided early on that the cello would be Paul’s musical voice. It’s an extremely expressive instrument which can cover so many emotions. It can get quite dark, in the higher registers it can be intensely emotional, and played aggressively it can convey frustration, despair and anger. Going back to the cello again and again with Paul really let it narrate his journey. At the emotional high point, when Paul is close to breaking down, the orchestra and piano build and build and then leave the cello all alone, exposed and playing at the top of its range. I had it miked pretty close to give it a very intimate sound – if you listen closely you can hear little noises and bow scrapes that keep the emotion right up close to the audience. I wanted a vocal component to some of the cues and was planning on hiring a singer but sang the demo myself, layering all these overlapping notes to make kind of a choir. Luckily, my wife happened to walk past the studio while I was working on that cue. She’s not a trained singer but has a great voice so I asked her to come in and try recording some lines for me to get the higher female range. After some processing and layering, the result was this spooky, unusual vocal sound that I loved so much I decided to keep it. The rest of the strings were played by a very small string section, again miked fairly close, so the combination of the unusual vocal sounds and close-miked strings and piano give the score a raw and real sound.

What are your personal highlights from the score and project overall?

My favourite cues in the film are the most personal and exposed – the opening cue “Humanity”, which featured the vocals and the full theme, and “Long Walk Home” which was solo cello and piano. I had the cellist play this cue very quietly and we got this great raw emotion, you can even hear her breathing if you listen closely. I also really like “Separate Ways” in the beginning of the film. This scene was almost music-only and really let me tell the story and foreshadow what was to come.

You’re now working on John B. Crye’s family feature ‘Chance’, which focusses on a talented young baseball player whose bright future is undone by the silent pressures of text bullying – a particularly topical issue at the moment. How are you starting to create the sound world for this film?

This is an interesting film because we are going through some traditional Americana themes – baseball, long summer afternoons – teen love and friends. And then we also deal with the more technology-driven world of cell phones, as well as the topic of cyberbullying. I wanted everything to sound really organic – no synthesizers or samples. Through the different parts of the story I used mostly the same instruments but recorded and processed in different ways, so it all feels like parts of a whole. Bowed guitars, distortion pedals, homemade violins and different folk instruments all figure heavily in the score. 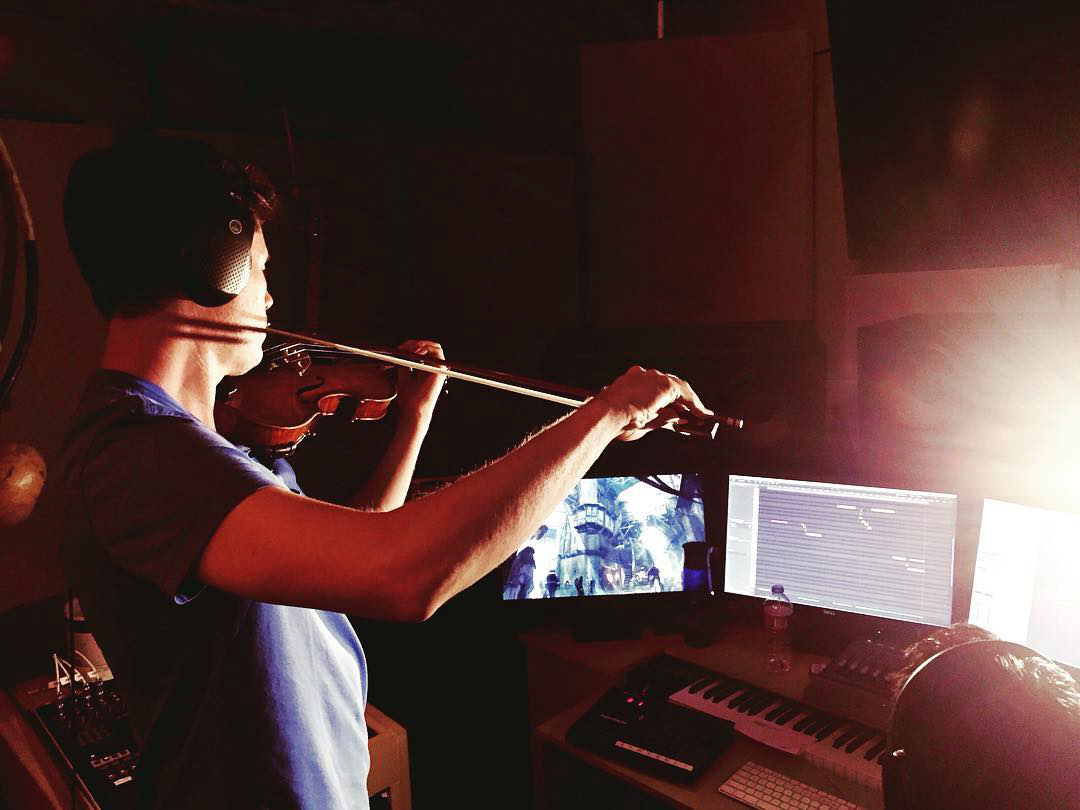 You have quite an impressive collection of instruments, including a Mongolian Horsehead Fiddle, a Thai Saw U, and an Indian Dilruba, to name but a few, which frequently feature in your scores – Where and how your passion for collecting and learning these instruments begin?

One of my favourite things to do is travel. My wife and I make it a point to visit a new country at least twice a year. I love learning about new cultures and how people live in other countries and so naturally while travelling, I am attracted to local musical instruments. I started collecting instruments without really realising it and I was slowly incorporating them into scores wherever I could. I realised that I preferred using the instruments instead of using the usual samples as those can be limiting. Once I started bringing in the actual instruments, I could play each note exactly how I wanted, changing vibrato, how it’s plucked or bowed – where the bow is on the string, how much pressure, all of these tiny details add up to completely change the emotion you’re getting across. After I started experimenting with this I couldn’t go back. I bring instruments back from every country I go to, and fortunately for me, when my family travels they also bring me back instruments. I have instruments from as far as Peru, India, Rwanda, Madagascar, Uganda, Mongolia and more. I also like building my own instruments. I started with the Yaybahar, a cello like instrument that uses springs and drums for resonance rather than a wood body, that was invented by a musician in Turkey. The springs give it this built-in reverb and the two drums give a wide stereo image.  Without any processing at all it sounds really huge and organic and unusual, while at the same time familiar. It is perfect for film scores. I want every sound on my scores to be custom and unique for that film, so being able to get my hands on these instruments and record them myself is absolutely crucial. 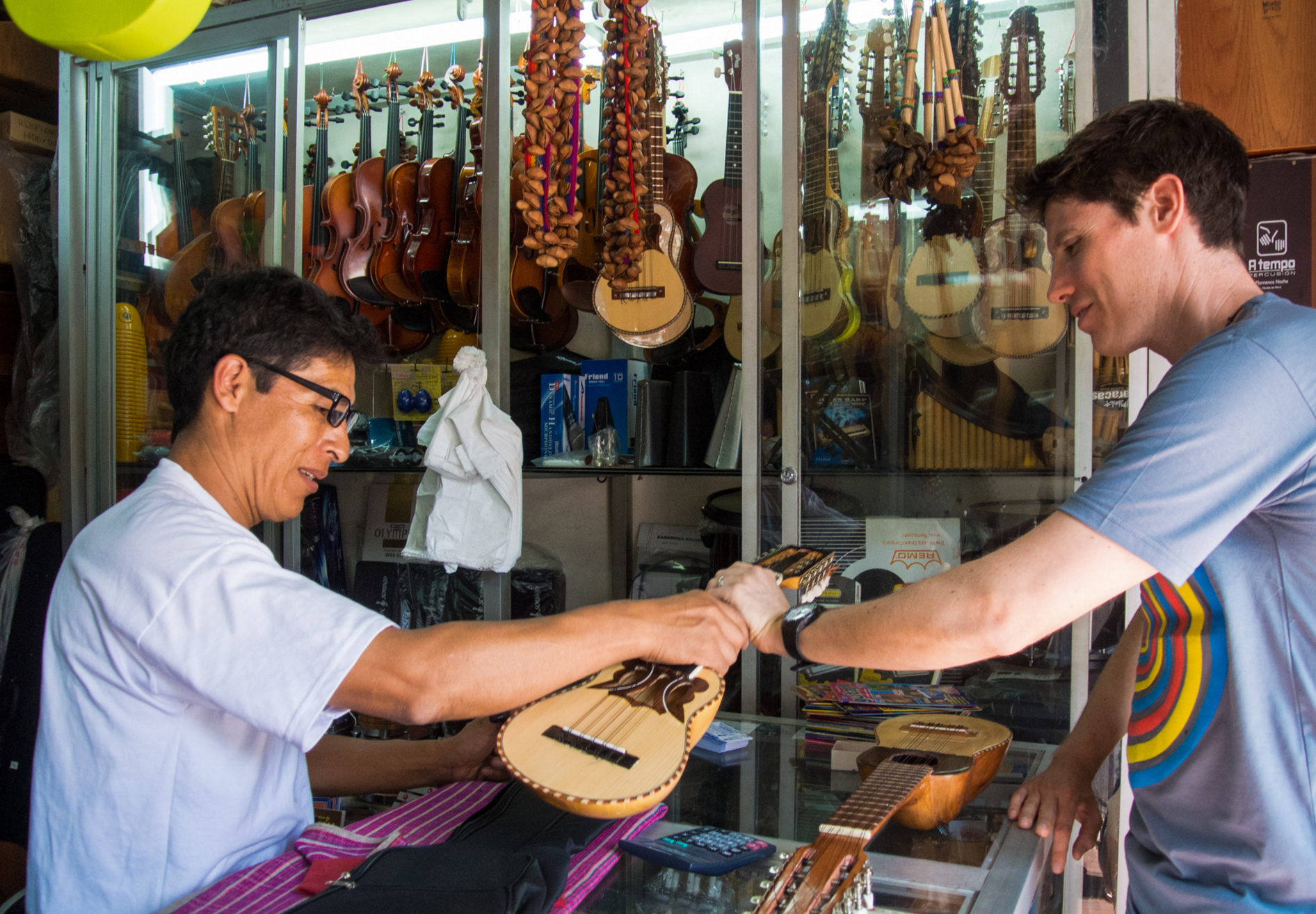 Outside of the scoring world, could you tell us a bit more about any other projects you are working on?

Other than the actual film score, I love working on songs whenever I can. For my most recent project, Chance, I had the opportunity to work with the very talented singer/songwriter Angela Parrish. We wrote and produced three original songs for the film. Working with such an intuitive writer and also a great performer as Angela really adds a whole new dimension to the film. It also gives me the opportunity to be involved in great songwriting.

Another artist I’ve been having a great time working with is the Chinese heavy metal band Voodoo Kungfu. They are an absolutely unique band, mixing traditional Chinese, Tibetan and Mongolian techniques with searing heavy metal, backed up by large scale cinematic orchestra! I started writing orchestral backing tracks for one of their tours several years ago, and that grew into producing a few singles for them, and co-writing a song. It’s a total blast to be involved with such unusual music. Aside from that, I’ve always been fascinated by writers who have the vision to invent new worlds and stories, before any music is involved. I’ve dabbled in writing before, but now in my spare time I am diving in deep into writing and having a great time doing so. I am currently working on my first spec script.

Thanks so much Ian! You can listen to soundtrack for ‘An Interview With God’ across all major digital platforms.