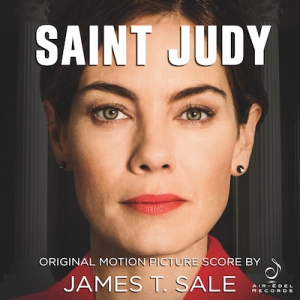 Air-Edel Records have released a trilogy of James T. Sale’s scores from his recent collaborations with award-winning director Sean Hanish across all major digital platforms including iTunes, Amazon and Spotify.

The collection of films includes “Saint Judy”, which won the ‘The Best of The Fest’ at the High Falls Film Festival, the Primetime Emmy nominated “Return to Zero” and the Jackie Weaver starring “Sister Cities”.

“James is a rare talent — a craftsman who combines a deep musical knowledge with a unique ability to tell a story through sound.  I have had the privilege of working with James on all three of my feature films, and the care, dedication and artistry he has brought to them is beyond compare.  His soundtracks are always expressive and expansive and help us feel the film and enhance the character’s journeys, but they also know when to sit in the back of the theater, right behind our shoulder, and allow us to feel the film for ourselves.”   – Sean Hanish

The films span across themes of murder, suicide, love, loss and hope, giving composer James T. Sale an opportunity to explore a range of musical approaches to encapsulate the emotions on screen.

“I am so pleased to have been a part of Sean Hanish’s “Trilogy” of Return to Zero, Sister Cities, and Saint Judy. Each film focused on a specific societal issue which required a different approach to the music. Each film had its own unique needs and boundaries. Whether it was music for the pain of a couple’s loss, the complex relationships of four sisters and their dying mother, or the ceaseless spirit of a single-mother fighting for an Afghan immigrant, the creation of these scores was a challenge. The performances and stories were so strong and so moving on their own that it was very easy for the music to end up being a ‘bull in a china shop,’ upsetting the delicate balances Sean had achieved on screen. I labored to make sure the music was an addition, a support, an enhancement, and never an object on its own for its own sake.

Working with Sean and producer Paul Jaconi-Biery was always a pleasure as they were good stewards of their films, always knowing what they wanted to achieve. They were also always supportive of me as a composer throughout the life of the film and made the process a pleasure to be a part of. They were open to new suggestions and new ideas always. ” – James T. Sale

The scores were recorded with engineer, John Kurlander, an experience which created fond memories for James.

“I want to thank the great John Kurlander for his expertise and support during the recording sessions. Recording in London with John I quickly became a fan of his. His knowledge of recording film music and the ins and outs of working with live musicians was priceless. The only thing I love more than conducting a recording session with John is exploring restaurants around the world with him.”