The second in the trilogy of collaborations between composer Christopher Barnett and writer-director David Nicholas Wilkinson, Air-Edel Records released the original score from the 2018 documentary feature, “Postcards from the 48%”, on 25th June 2021 across all major digital platforms including Apple Music, Amazon, Spotify, Tidal, and Deezer.

A film made by and featuring those who voted Remain in the UK’s EU Referendum vote (the ‘48%’) to show the other 27 EU Member States that it was far from a landslide victory and just why we are fighting to stay part of the EU.

‘With Postcards from the 48%, I wanted to compose a classical score to express that great sense of ‘determination and dynamism’ the British exude when fighting for important causes on the one hand and the historical and cultural heritage that Europe, as a whole, has bequeathed us, not to mention the classical music tradition itself. The first cue sets the tone of this documentary with its rather forceful theme on the violins, orchestrated so that each subsequent string section passes the thematic ‘baton’ with a sense of indignation.

As director, David Nicholas Wilkinson travels around the UK, I re-orchestrated other thematic material to give each destination its own distinctive character alongside those of the politicians, business people, artists and lay folk alike. who he interviews. It was great fun to arrange the string version of Beethoven’s ‘Ode to Joy’, performed wonderfully by Joni Fuller. The ticking clock device at the start reoccurs to symbolise time ‘running out’ and indeed, I had a rather tight deadline to finish this score ahead of an April 2018 EU Parliament test screening in Brussels at which it received a standing ovation.’  – Christopher Barnett 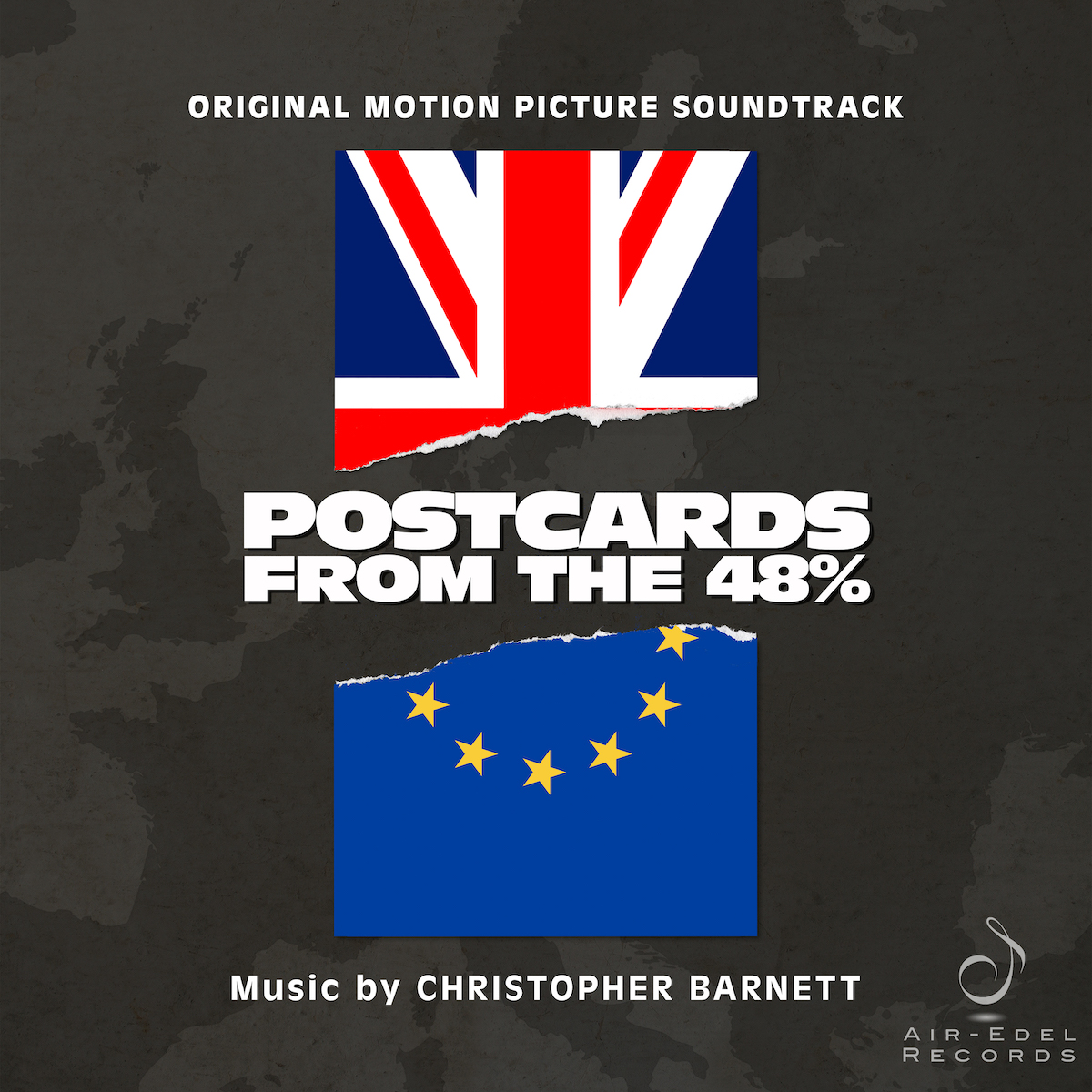