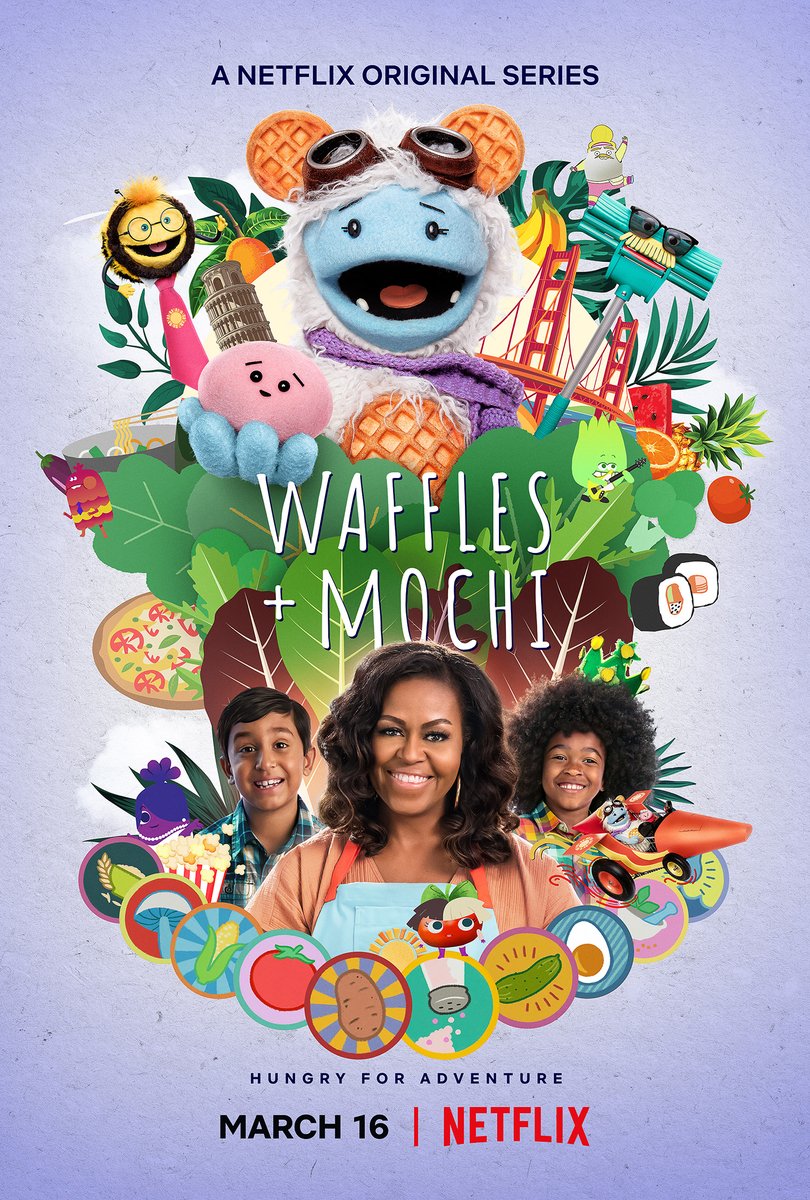 “At this point in the pandemic, maybe Michelle Obama will finally inspire you to learn how to cook. In her new show, Waffles + Mochi, Obama breaks it down for puppets dreaming of becoming chefs extraordinaire. Waffles is a blue puppet with her namesake breakfast sticking out of fuzzy white hair, and her pal Mochi is a smiling little pink rice cake. Okay, fine, we’ll worship you. Throughout the series, Obama, Waffles, and Mochi travel across the world meeting famous chefs like Samin Nosrat and José Andrés, and, of course, eating delicious food. “Wow!” Waffles says while dining in Italy. “It’s like a rainbow in my mouth!” The show also features guest stars from across the Netflix universe, like Rashida Jones, Tan France, Zach Galifianakis, and Gaten Matarazzo, as well as Jack Black, Sia, Common, and Mandy Moore.”