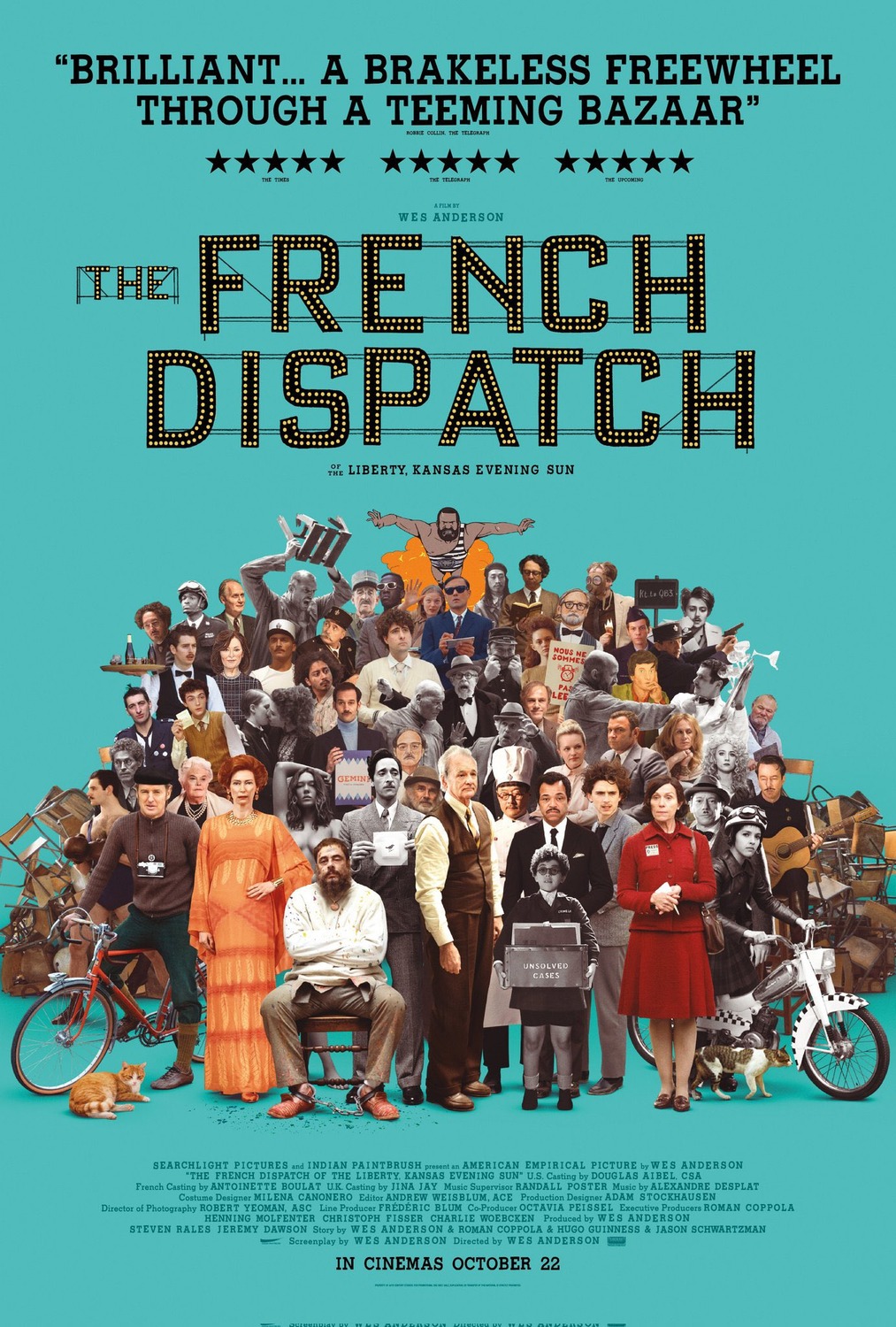 Robin Baynton was the music editor for ‘The French Dispatch’, written and directed by Wes Anderson.

“Amazing visuals, lots of laughs and an A-list cast – including Bill Murray – make Anderson’s tribute to the New Yorker a real treat” ★★★★ The Guardian

“A love letter to journalists set in an outpost of an American newspaper in a fictional twentieth century French city that brings to life a collection of stories published in “The French Dispatch Magazine”.”