“Hamlet (Sir Kenneth Branagh), son of the King of Denmark (Brian Blessed), is summoned home for his father’s funeral and his mother Gertrude’s (Julie Christie’s) wedding to his uncle Claudius (Sir Derek Jacobi). In a supernatural episode, he discovers that his uncle, who he hates anyway, murdered his father. In an incredibly convoluted plot, the most complicated and most interesting in all literature, he manages to (impossible to put this in exact order) feign (or perhaps not to feign) madness, murder the “Prime Minister”, love and then unlove an innocent who he drives to madness, plot and then unplot against the uncle, direct a play within a play, successfully conspire against the lives of two well-meaning friends, and finally take his revenge on the uncle, but only at the cost of almost every life on-stage, including his own and his mother’s.”

Maggie Rodford was the music producer. 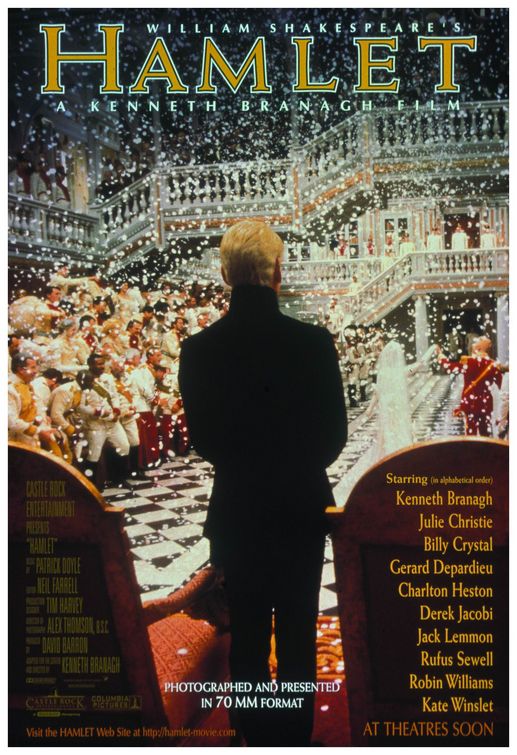