To mark the upcoming official soundtrack release of ‘Wolfenstein II: The New Colossus’ on 19th June, we chatted with Air-Edel’s Martin Stig Andersen, composer for the game.

How did working on ‘Wolfenstein 2’ differ from your previous games projects?

Unlike my previous projects where I handled both music, sound design and audio direction, on this project I focussed solely on composition, collaborating with MachineGames’ audio director Nicholas Raynor and his team, and composer Mick Gordon. Also aesthetically the project was very different. While on my previous games ‘LIMBO’ and ‘INSIDE’ I worked at the edge of silence, on ‘Wolfenstein 2’ my score had to complement an inferno of noises which of course required a different approach. Generally, I’d say that rather than composing music that sounded cool on its own I strived to create music that sounded cooler with gunfire and explosions on top.

What were the main challenges you faced in composing the score with Mick Gordon, and how did you divide up the work?

Before commencing the work, Mick and I spent a week together at MachineGames in Uppsala, Sweden, where we went through the entire game in progress, and roughly split the workload between us. As Mick had already established such a strong music identity for the resistance side in ‘Wolfenstein: The New Order’ my job was mainly to depict the Nazi regime side. The brief for the music was concise: “Marches of the machines” it said, and that was more than enough to get me started. The assignment also included the challenge of scoring for the game’s main villain, Obergruppenführer Frau Engel. Here I played with some softer, contrasting notes giving the impression that she emphasises with her victims, only as a means for her to enjoy the suffering she inflicts on them even more.

What software, processes, and recording techniques did you use to help define the sound of the game?

As the game is set in 1961 I wanted to explore some older recording techniques. For example, I acquired an old record player that could play down to 16 RPM. Then I’d print source materials onto vinyl at 45 RPM and re-record them at different speeds using the record player. In that way I created some very bleak and rough sound materials, transforming brass into something sounding more like air-raids for example. For Hitler’s base on Venus I wanted to create something otherworldly yet organic, so I went down to Paris to record some Baschet instruments which are beautiful sonic sculptures made of warped metal. You play them via attached crystal sticks setting the structures into vibration, a bit like playing wine glasses with wetted fingers. The sounds of the instruments are amazing, from subtle textures to massive trombone sounds. 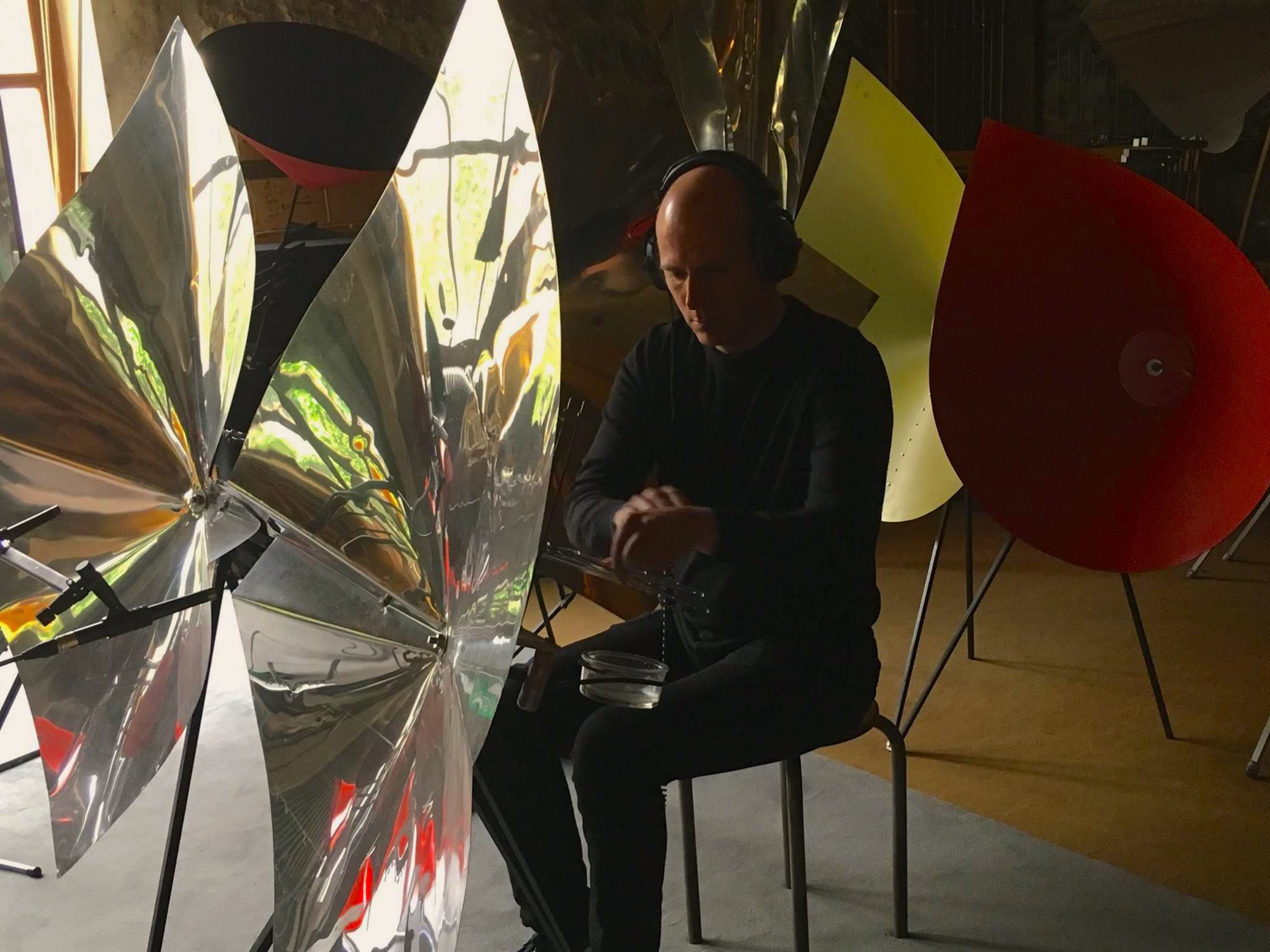 Do you have particular favourite cue, or musical moment on the Wolfenstein soundtrack?

Speaking of the game’s Venus setting and the Baschet sonic structures, the cue ‘Lontano’ is probably my favorite. There’s some distortion going on but it’s all based on the Baschet recordings that I did with Nicolas Becker. In the cue I touched upon romanticism, using the Seufzermotiv for example, as a way of depicting the concept of setting up a base on Venus, while the bleakness portrays the Nazi’s decaying empire along with Hitler’s deteriorating mind.

How did you approach turning the in-game music into the soundtrack album?

On ‘Wolfenstein 2’ the score consisted of a bunch of music segments or building blocks that the game stitches together dynamically according to what’s happening in the game moment by moment. A single cue contained roughly 70-100 blocks each of which were around 3-8 seconds long, including pre-entry material and tails allowing for seamless overlapping or stitching. Organizing these blocks into something that makes sense for linear listening is actually quite challenging. It’s like deciding on a single path out of a million possible through the forest. Generally, I’d say that while in-game the music jumps swiftly between different intensities, for the linear soundtrack arrangement I’m using broader intensity strokes.

Over the course of creating music for games have you developed a ‘tool kit’ of sounds that you can refer to, or do you give each project an entirely fresh approach?

In the compositional process I’m very much influenced by the materials I’m working with so I’m actually starting from a clean slate on every project. Sometimes I might use unused sound recordings from a previous project or license source recordings from recordists such as Nicolas Becker and Ann Kroeber but all sounds will always be treated specifically for the project in mind. This approach helps me to create something fresh every time, something that’s unique to the project and hopefully helps setting its world apart. It’s obviously more time consuming going out recording, processing, and cutting into thousands of assets than reaching into a commercial sound library but in the end, I do believe it’s worth the effort.

Could you tell about what you have in the pipeline for the rest of the year?

Not just yet as I’m under contract – but three of my current projects were recently showcased at E3. Looking forward to reveal what they are! Thank you so much Martin, we’re really excited to hear the soundtrack!