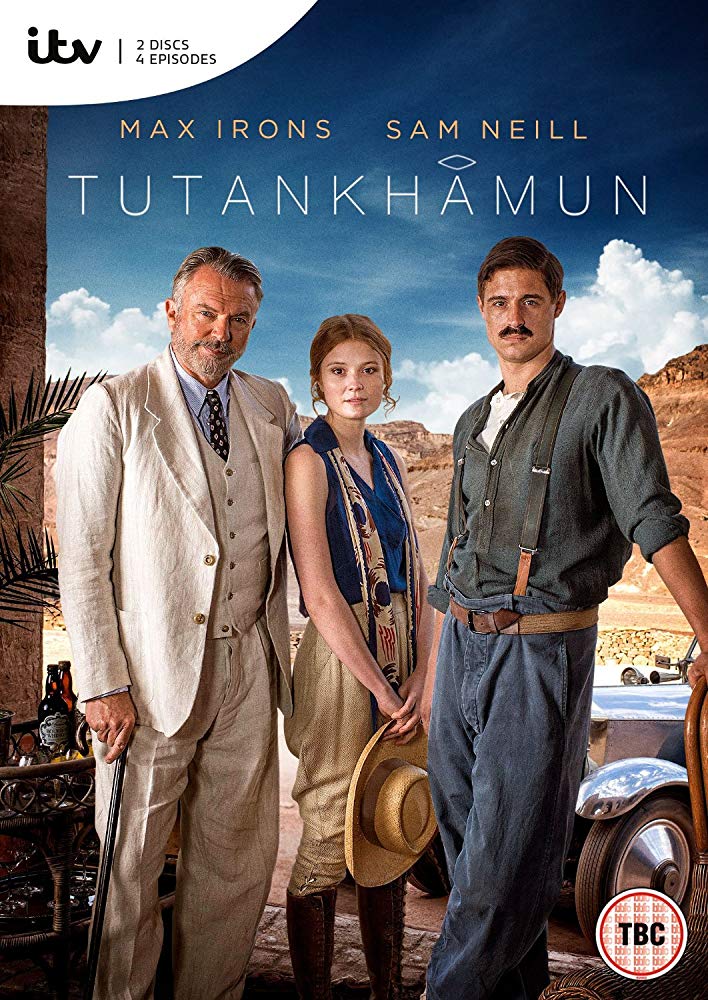 “Set against the great sweep of ochre sands, looming cliffs and baking heat of Egypt’s Valley of the Kings. The story unfolds from 1905 when Carter, an eminent British archaeologist who we meet in his early 20s, is fervently leading an expedition. Amidst the chaos scattered across the Valley floor, Carter’s grim determination to find lost antiquities is only too apparent. He has an easy manner with the Egyptian men who work alongside him, but when tempers fray, Carter is hotheaded and puts the dig, and his career, in jeopardy.”

Maggie Rodford was the music supervisor and Terry Davies conducted the orchestra.