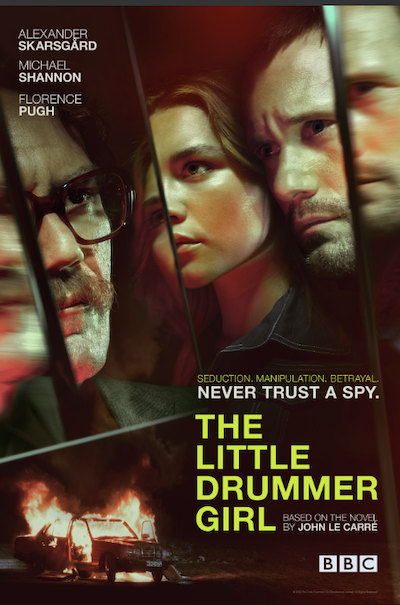 Matt Biffa was the music supervisor for BAFTA nominated BBC One series ‘The Little Drummer Girl’ directed by Chan-wook Park for The Ink Factory.

“The series, based on the John le Carré book of the same name, stars Alexander Skarsgård, Florence Pugh and Michael Shannon and follows the manipulations of Martin Kurtz, an Israeli spymaster who intends to kill Khalil – a Palestinian terrorist who is bombing Jewish-related targets in Europe, particularly Germany – and Charlie, an English actress and double agent working on behalf of the Israelis.”

Ciara Elwis was the assistant music supervisor. Nick Taylor worked with composer Yeong-wook Jo to record his score at British Grove, returning to Air-Edel Studios to mix, and Andy Glen was the music editor.