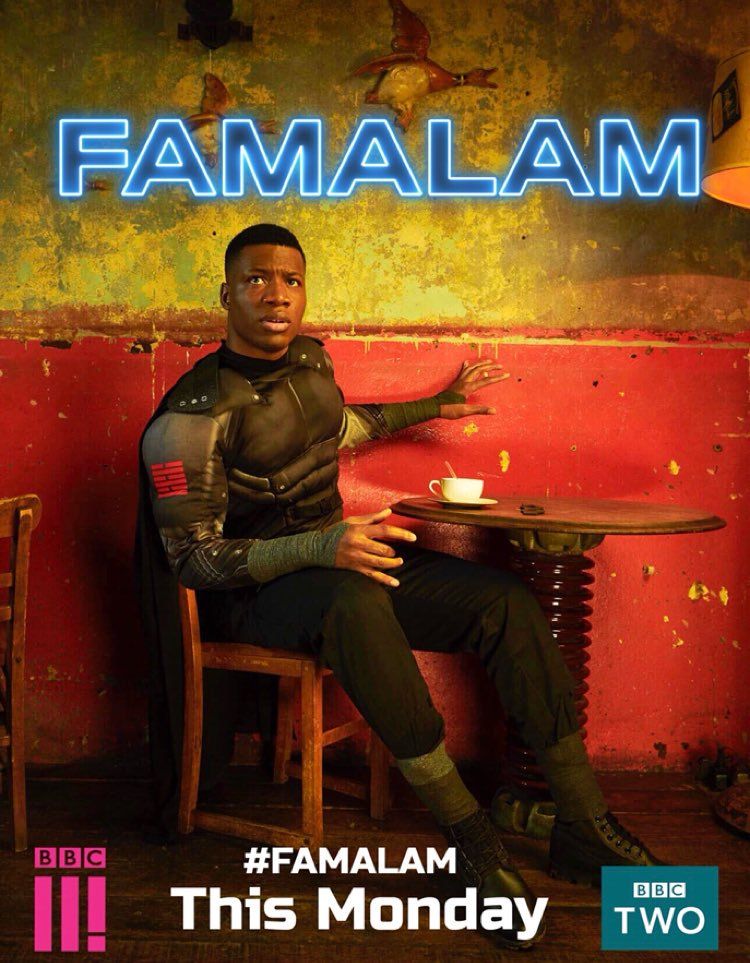 “Famalam shines a comedic light on everything – from alien encounters in the outer reaches of the galaxy, to what happens when a man is left onhis own in a house for ten minutes holding only a phone and a remote. With a dazzling array of accents, cultural observations and colourful costumes, Famalam gives us a glimpse of the latest Nollywood blockbuster, reveals who might be responsible for internet spam and introduces us to latest TV detective – but be warned – his methods are, well, unorthodox…”

“A sublime achievement of satire”