“This true story follows FBI agent Joe Pistone as he infiltrates the mafia of New York. Befriending Lefty Ruggiero, Pistone (under the name Donnie Brasco) is able to embed himself in a mafia faction led by Sonny Black. Ruggiero and Pistone become tight as the group goes about collecting money for ‘the bosses’. Eventually, the group become big-time when Black himself becomes a boss; all the while, Pistone collects evidence. However, the trials and tribulations of the undercover work become more than Pistone can bear. His marriage falls apart, and to top it off, the mafia suspect a mole in the organization. The real dilemma is afforded to Pistone, who knows if he walks away from the mafia, Ruggiero will be the one punished.”

Maggie Rodford was the score producer. 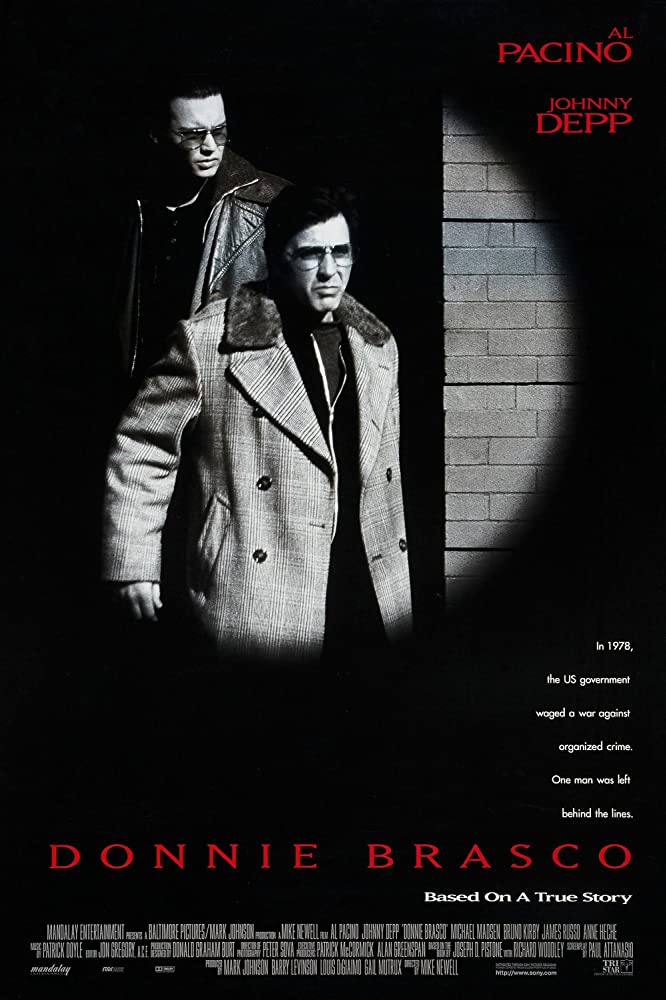