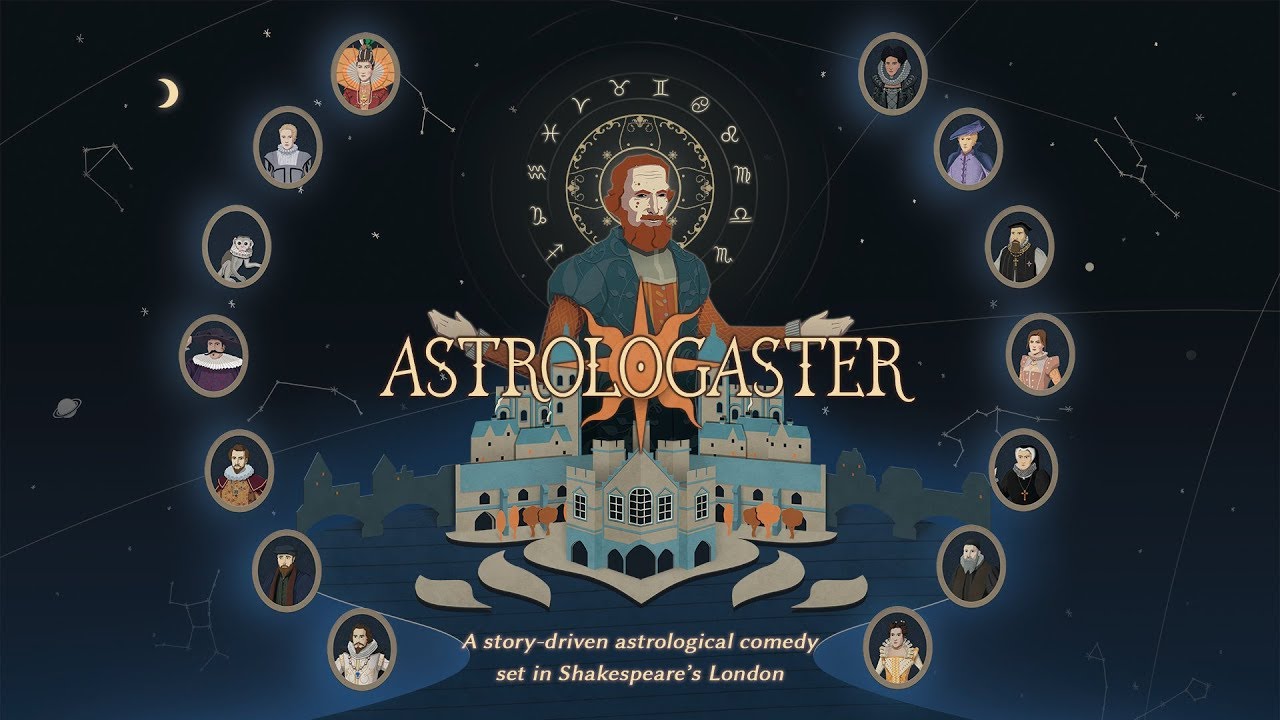 Andrea Boccadoro composed the original score and songs for ‘Astrologaster’, developed and published by Nyamyam.

“Astrologaster is a story-driven astrological comedy game set in Shakespeare’s London. Take on the role of the notorious Doctor Simon Forman and use Astrology to treat his patients. Will you win their favour or ruin their lives?

London, 1592. A great plague sweeps through the capital. When doctors flee the city in fear, a hero rises. His name is Simon Forman, “Doctor” of Astrology and Physick. Not only does he have the power to cure the sick, he can find their lost pets or even predict their futures, by reading the movements of the stars!

Astrologaster is based on a true – and truly ridiculous – story.”

The original video game score was released with Air-Edel Records to much critical acclaim. Nick Taylor recorded and mixed the songs in Air-Edel Studio 1. Song lyrics were written by Katharine Neil.

★★★★ “Astrologaster is bawdy biographical fiction told through medical quandaries and humorous choral music, all the more entertaining because it’s based on things that actually happened.”  – The Guardian