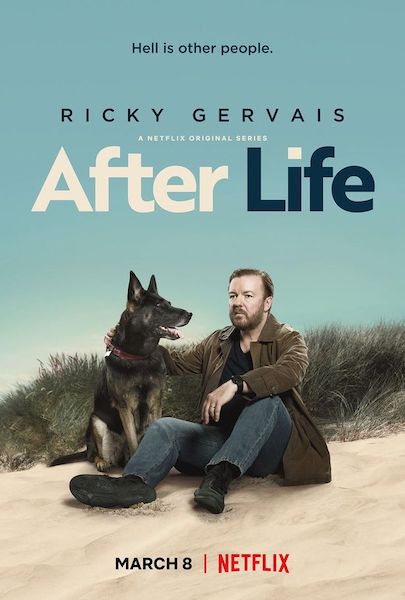 Matt Biffa and Ciara Elwis were the music supervisors for series 1 and 2 of Ricky Gervais hit Netflix comedy ‘After Life’, with original music by Andy Burrows.

“After Tony’s wife dies unexpectedly, his nice-guy persona is altered into an impulsive, devil-may-care attitude taking his old world by storm.”

The score for all three series was recorded and mixed at Air-Edel Studios by Nick Taylor.

Series one was honoured with a TV Choice Award for Best Comedy.