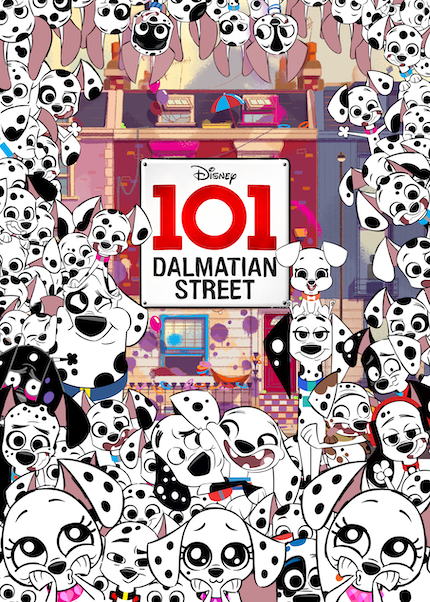 “The exciting series will introduce a new generation of children to the wonderful, spotty world of Dalmatians, with 101 Dalmatian Street inspired by Dodie Smith’s timeless 1956 novel and Walt Disney’s classic 1961 film, 101 Dalmatians.

Aimed at girls and boys, the animated series has been reimagined for the 21stcentury and is set in modern day London. The series follows the adventures of eldest siblings Dylan and Dolly, their parents Doug and Delilah, and 97 younger puppies, whose names also begin with ‘D’, in an epic comedy about family life, multiplied one hundred and one.”