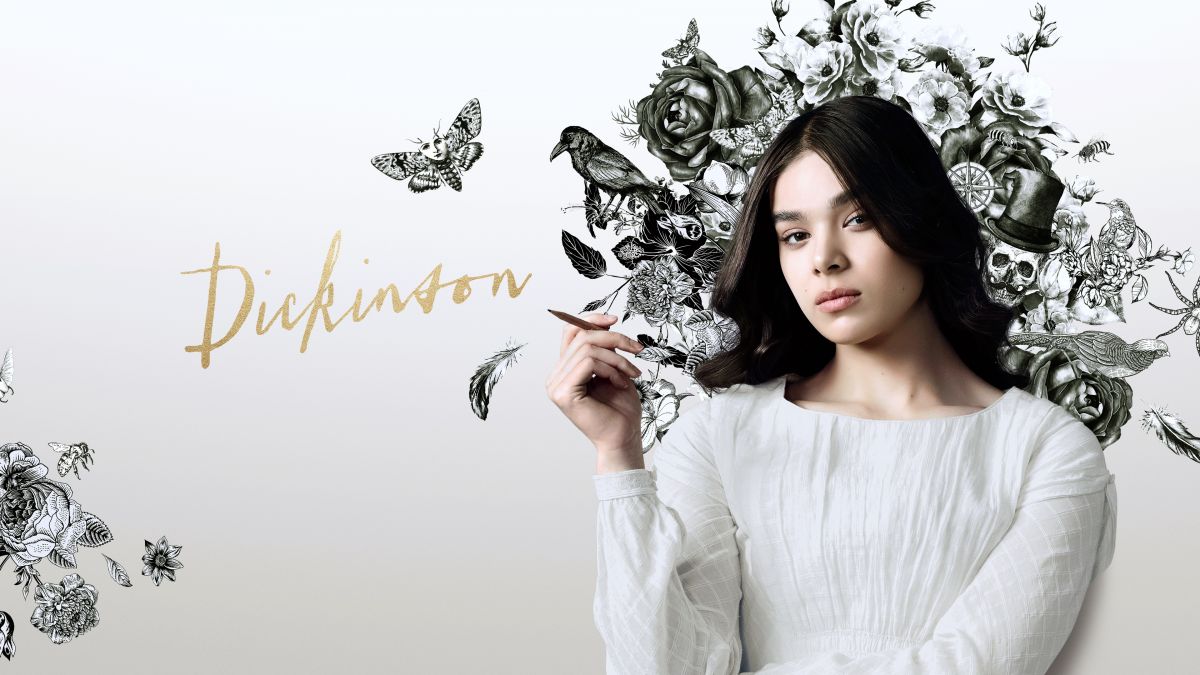 Hi Drum & Lace, so great to chat with you! Oscar nominee and pop star Hailee Steinfeld portrays Dickinson as young, hot, and rebellious, and she upends societal expectations of literature and gender. Are there any contemporary artists that influenced, or are referenced in your score?

Yes plenty! It was the show runner’s (Alena Smith’s) vision to have a score that felt very contemporary and would work with the plentiful needle drops that are also present. While creating the score, the biggest influences were iconic bands like The Prodigy, Missy Elliot and Phoenix, with then a sprinkling of some Lizzo, Billie Eilish and A$AP Rocky. It was important to have the scored moments nearly seem like they could be songs, so as to blend perfectly to create a cohesive modern sound for the show.

You composed the score for ‘Dickinson’ with Ian Hultquist, could you tell us more about your working methods as a duo and how you played off each other’s strengths?

Absolutely- on a project like this, that relied on the score sounding very full and produced, it was great to get to work with Ian as he was able to bring his sensibilities to the table. Overall, our strengths are slightly different so bringing us together for this project specifically made working on ‘Dickinson’ really fun and feel nearly as if we were working on a record of songs for the show. Working as a duo, once you’ve got the approaches oiled in, is fantastic. It definitely always takes a second and there is a bit of an adjustment period just because no two people work in the exact same way. It’s taken us collaborating on a few things to get it to where it is now- sitting in the same studio, at the same keyboard, for every single cue.

What lead you to your instrumentation choices and the inclusion of your live vocals?

Great question! The instrumentation for this was primarily electronics and ‘band’ instruments. We actually didn’t have any other players on the score but ourselves as the few times we used strings and other orchestral instruments we were able to get by with great samples and using them as ambient beds. Some of the gear we used on season 1 includes the Dave Smith Tempest drum machine, Prophet 6, a lot of Moog: Model D, Sirin, DFAM and Mother-32. All of these instruments have a beautiful analog sound and warmth, and they helped to make the score non-artificial in the way that only using plug-ins would have (and we definitely used plenty of those too!).

There’s also a good amount of guitar and bass to anchor in the score to something not 100% synth, but we tried to make the sounds that we got out of guitars and basses not sound like you would think as well. Vocals, which I had the pleasure of providing, are a really big part of the score as well as they are used as a way to communicate Emily’s internal struggle and externalize it. For the vocals I played with running them through all the wonderful pedals I have on my rig (a lot of Meris pedals), looping them and manipulating them to try to emote exactly what was in Emily’s mind.

“She’s wild, she’ll be the ruin of this family, and she doesn’t know how to behave like a proper lady,” Jane Krakowski’s Mrs. Dickinson bemoans in the trailer. Do you have a favourite moment from the series that reflects this?

Oh so many moments that are so relatable even to young woman today, but I don’t want to spoil anything! I will say, there’s an amazing part of episode 2 where Emily may or may not sneak into a college lecture, which at the time only allowed men, and comedy ensues, and she gets into quite a bit of trouble. We take it for granted now, but to think there was a time when it was thought ‘improper’ for women to attend academic institutions and have a voice is wild.

What else have you been working on recently?

It’s been a really awesomely busy music time lately! Work on Dickinson season 2 has started up, which has been awesome as the world the show lives in is so magical. A play I composed music and sound design for, LA-based Saudade Theatre’s newest production called ‘My Favorite Suicide’, is having it’s closing weekend this weekend here in LA, and I’m finishing up a few short experimental projects. I’m also really excited to jump into composing for another TV Series starting this week (more on that soon) and have a few exciting feature length projects that will hopefully come together by end of year. And lastly, I wrapped a crime documentary called ‘The Penny Black’ (directed by William Saunders) last month that I’m hoping will be on the festival circuit starting this winter!

On the artist side, I just released a new single called ‘Crybaby’, which is an extended version of something that I worked on for a youtube series called ‘4 Producers, 1 Sample’ by Andrew Huang. More new music will be on the way soon, and the best way to keep up is just follow along on socials or follow on digital platforms.

Thank you so much, Drum & Lace! ‘Dickinson’ is out today on Apple TV+ and their score for the series is available exclusively on Apple Music with Milan Records.