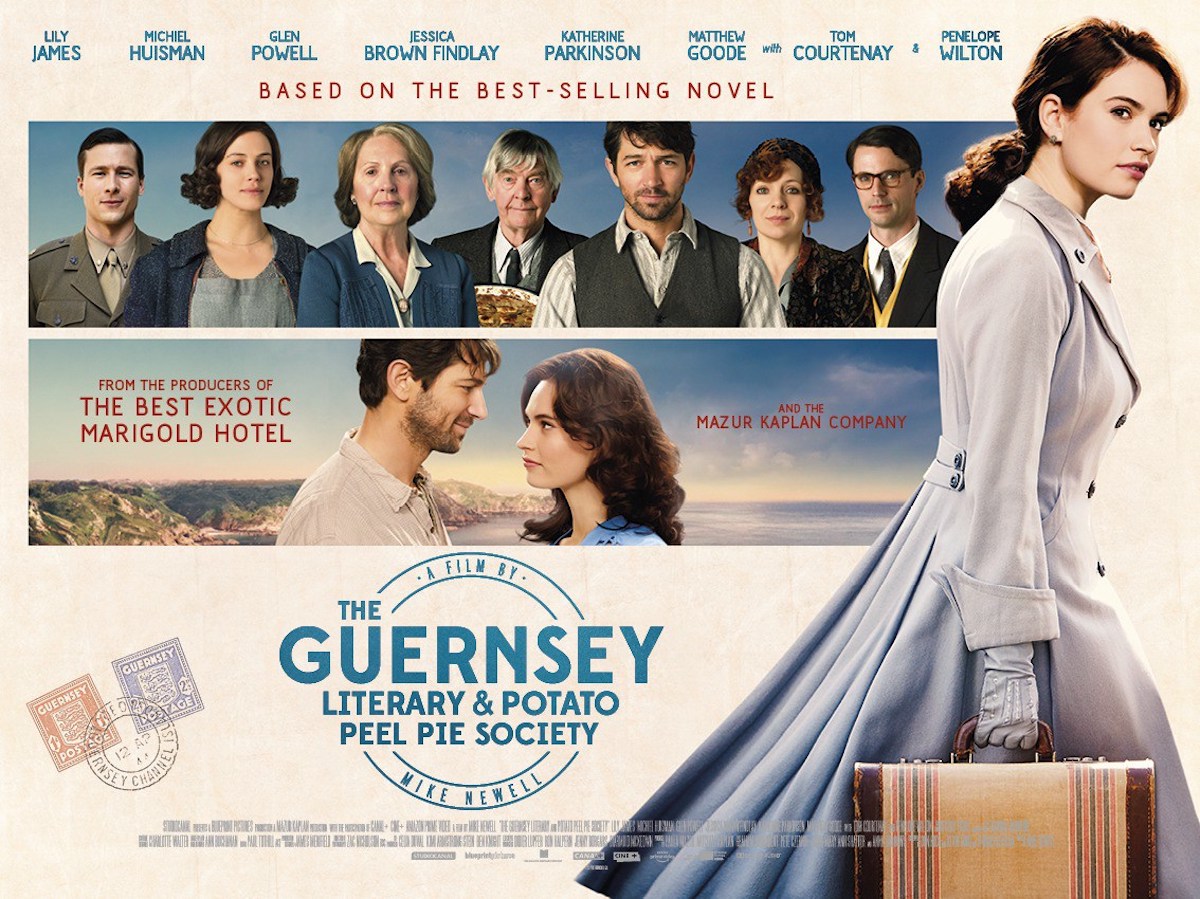 How did you become involved in the project?

I was very fortunate with this film and the process was unusual. Mike Newell, the producers Paula Mazur and Graham Broadbent, and the editor Paul Tothill were introduced to my music very early on whilst still shooting the film and they started to use my music as temp score on the assembly edit.

By the time I started officially scoring six months later, I’d become very familiar with the film, the book and had established a very happy working relationship with Mike and Paul. By then I’d already written fifteen cues to earlier cuts and the rest of the score was predominantly temped with music from my previous films, which had been placed so perfectly by Mike and Paul that a traditional spotting session was hardly needed.

How did you find your first time collaborating with director Mike Newell?

Mike Newell is a gift to work with. He is the most generous and respectful director who gave so much room for me to contribute and collaborate in the truest way, which ultimately lead to great trust between us and gave me creative freedom.  Mike was a choirboy in his youth and has a vast knowledge of musical repertoire.  I think this is one reason he has the very rare ability to instinctively know when and where music is working or not, without having to give pedantic or overly particular musical notes. He naturally understands that he only needs to communicate the emotional need and intent of the story.

Could you tell us a little bit more about your composing process when working on a project of this nature?

I start each day with caffeine!

The next most important thing for me is to help tell the story and to relate to the characters. The more I get inside their heads, the easier the composing process is. With Guernsey, I could identify with Juliet’s character in her quest to discover herself through writing and that was enormously important and helpful to me. Once I started to write, I felt it was a true collaboration with the director, editor and producers, where we were all putting the story first.

I loved this film as it allowed for a softer, quieter approach and for me that kind of music can draw you in. As the themes emerged in the score, it got to a place I love most, when the music starts to unfold itself and I became unconscious of the writing process.

I work in my studio at home which allows me to take breaks and cuddle my dogs, take them for walks and get air and head-space, which is all very therapeutic.

What was the most challenging moment whilst working on the production?

One of the first cues I’d written to picture was the last, long and most difficult cue of the film; a big romantic climax with a lot of stops and starts in its emotional flow and build. The cue I’d originally written worked well and sat happily on the edit for months. Two nights before the recording sessions, when all the score had been prepped and orchestrated, I had a call from one of the producers asking if I could write another version of this cue. They wanted more of a climax and for the build to carry on longer over the final kiss and over the cut, into the end scene. From 9pm to 3am that night I wrote a new version under intense focus (and slight panic!) without time to question myself. With hindsight, I can see now that it was a fortuitous request because I was able to tie in themes that had been subsequently written for other parts of the film, which had not yet existed when I originally wrote the cue. It was this new version that made the final score and I am so pleased it was asked of me.

What was your method in preparing for the large-scale recording sessions, and how did things go once you were in the studio?

I like to be involved as much as possible in the preparation for the sessions. At the same time of bouncing out stems with my assistant Daniel Gadd and sending on to the music editor, Mark Willsher, for Pro Tools prep, I meanwhile, would send over all my orchestrations to my orchestrator, Geoff Alexander, who would prepare the scores and send them back cue by cue, for me to check and make amends where necessary.

I am quite particular and protective about my orchestration because of my classical training at the Royal College of Music and the Juilliard School, so it was particularly lovely to find a trusted collaborator in Geoff and our late-night calls whilst we were both scrabbling against time to get things ready, along with his great skill, complete understanding of my orchestrations and sense of humor saved the day (and night!) many times!!

Walking into a recording studio and into the heart of the orchestra always feels like coming home to me. It’s my favourite thing in the world and I’m very lucky to have spent my entire life working with amazing musicians, which is a huge privilege and reward. Being at Air Lyndhurst with an incredible team including Nick Taylor as recording engineer, Fiona Cruickshank assistant engineer and Geoff Alexander conducting, was so enjoyable and seeing Mike Newell, Paul Tothill and Graham Broadbent there, loving the amazing orchestra made it an extra special experience for me. As producer Paula Mazur was in LA, it was lovely to include her by sending small video clips of the sessions from my phone, so she could be part of it too.

Finally, if you could pick one, what is your fondest memory from working on the project?

Honestly, all of it! I can’t pick out a favorite moment, but I must say Mike Newell, Paul Tothill and the producers are to be thanked for this beautiful film and the gift and opportunity they gave me to work with them and be part of it.

Thanks so much Alexandra – can’t wait to see it in the cinema!